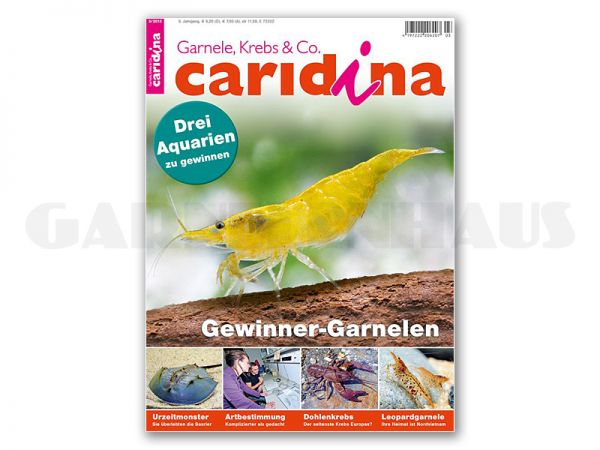 for all invert enthusiasts scene news all about shrimp, crayfish & Co. 4 issues per year

caridina - Shrimp, crayfish & Co,
The special magazin about invertebrates in freshwater aquaria brings you information, hints and tips about shrimp, crayfish, crabs, snails and so on four times a year.

In this issue you will find the following topics:


editorial
The 2012 winners
During the Shrimp Championship in Hannover, high-quality shrimp were shown