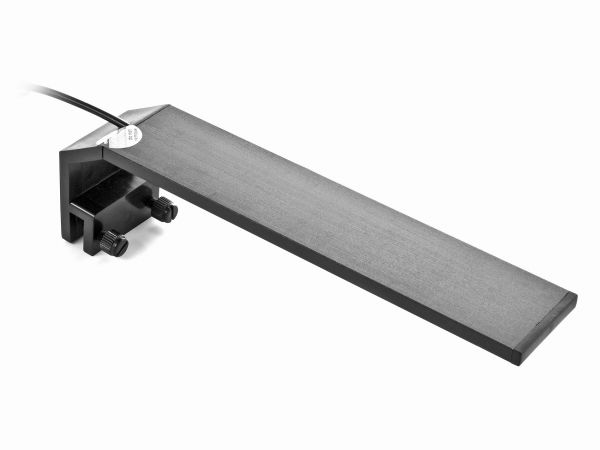 The Chihiros LED lights of the C Series are developed for nano aquariums and they are characterized by their inconspicuous design and the good illumination. It offers very good luminosity for small aquariums of 10 to 40 liters tank volume and who it is too bright, which can reduce the light intensity simply with the dimmer. Even during the run-in period after a new set-up, or in the case of algae problems, it is advisable not to exploit the full light intensity immediately and to first dimming the light for a while. The model C361 with a total length of 31 cm can even illuminate aquariums with a depth of up to 35 cm. For aquariums with a width of 60 cm, you can simply use two lamps of the C series next to each other.

With the practical holder, suitable for glass thicknesses of up to 6 mm, the Chihiros LED Series C luminaires are simply attached to the rear or side edge of the aquarium tank and are easily attached or removed within seconds thanks to the fixing screws, which are easily accessible from the front. In addition, the fastening screws positioned at the front prevent the capillary effect and thus a transfer of the water to the holder at very high water level. The Chihiros LED's of the C Series are completely protected against splash water.