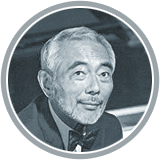 Nature photographer and company founder Takashi Amano († August 4, 2015) coined the term Nature Aquarium with his company ADA (Aqua Design Amano) by arranging and recreating natural landscapes and (imaginable) habitats with selected and compatible stones, drift woods and water plants ; always with nature as a role model and the goal to achieve a functioning biological balance in the aquarium.
So, to our knowledge, Takashi Amano was the first who, after studying the natural biotopes of water plants, actively and deliberately directed CO2 to supply the aquatic plants to his natural aquariums, whereupon the entire ADA CO2 product range took its start ... the success with his CO2 experiments in the aquarium was enormous at that time and today CO2 is not just an indispensable part of a natural aquarium.

ADA - to learn from Nature

By observing numerous excursions, photo-, observation- and research trips in the nature, as well as a documentation of the own nature aquariums and study aquarium tanks over decades, also in the ADA gallery in Niigata / Japan was for Takashi Amano and ADA possible, develop perfect compatible soil substrates, nutrient media, soil supplements, aquatic plant fertilizers and fertilizer supplements which are optimally suited for different aquatic plants.

To know Mother Nature is to love her smallest creations!
Takashi Amano

Throughout the years, Takashi Amano and ADA has developed the product series NATURE AQUARIUM GOODS with many of high quality and innovative aquarium products, on one hand perfectly suited to the needs of aquatic plants (e.g. special soil like the Aquasoil Amazonia and the fertilizer series Green Brighty), on the other hand, as inconspicuously as possible, fit into the nature aquarium / aquascaping layout, ie without disturbing the viewer's gaze on the essentials (e.g. CO2 diffusers / Pollen Glass, or Filter In- and Outflows / Lily Pipes made from glass). High-quality aquariums made of white glass, lighting technology (LED), external filters made of stainless steel and additional accessories for aquarium care, CO2 supply, for planting (especially curved tweezers and scissors for aquatic plant care) and much more.

What do we often find so harmonious in natural habitats / biotopes? Why is a certain shore zone of a river in a tropical rainforest so interesting? Why do we look with gaze upon large mountain valleys or deep canyons? Often it is simply the material that Mother Nature uses and then randomly arranged... three or five different sized stones, with a driftwood root embedded in between, and two to three plant species grow a bit wild, combined with some moss and one or the other place on the wooden root.

But who looks a little closer, recognizes certain rules, what we feel as beautiful and harmonious! Thus, to stay on top of the example, in nature one usually finds only one type of stone in one place and, at least if we consider it somehow beautiful, usually always an odd number of (visible) main stones. An even number of some things we look at rather than artificially arranged and counted.

Aqua Design Amano has always put a lot of emphasis on selected, natural-looking stones, rocks and roots / driftwood in his aquarium layouts. Much time and effort has been put into getting the stones into the right position, finding and arranging the right proportions and, if necessary, putting the right wooden root in combination. Selected layout material, so-called hardscape is therefore also an integral part of the ADA article assortment.

Aquatic plants are the real (living) centerpiece in natural aquaristics or aquascaping... the entire ADA concept revolves around the aquarium plants, especially their habitat in nature, demands on nutrient supply, the need for CO2 and light, the substrate and much more. Only when understanding where the aquatic plants are found in nature, what conditions are there exactly at the different seasons and how the plants evolve under what conditions, somebody is able to work to imitate the best possible conditions in a natural aquarium.

Takashi Amano has been working with ADA for many years in intensive studies (in nature) and series of experiments in the laboratory, in nurseries and in the own ADA gallery to achieve the best and above all reproducible results of their own fertilizer products and the plants in the aquarium later to grow as the enthusiastic natural aquarist had imagined in advance for its layout. The entire range of the ADA fertilizer series Green Brighty is based on the real needs of the plants, is optimally coordinated with each other and complements the products of the ADA Aquasoil, ADA Power Sand and the ADA substrate additives.

Takashi Amano was the founder of the International Aquatic Plants Layout Contest (IAPLC), the world's most popular nature aquarium design competition. Since 2009, Aqua Design Amano - ADA organizes this most well-known competition annually when it comes to designing aquariums (aquascaping). Initially started with 557 participants from 19 nations, over the years the IAPLC has clearly developed with currently more than 2,000 participants from over 60 countries in 2018. The echo of the winning nature aquariums worldwide is very large and the many publications and illustrations certainly in the past, ADA and the ADA products have enjoyed great popularity and, above all, the entire field of natural aquaristics or aquascaping has received enormous interest and encouragement.

In our online shop we offer almost the entire product range of Aqua Design Amano - ADA in stock and were the first in Germany and Europe, which were awarded by ADA for the 300 Item - Award. The 300 Item - Award honors retailers who constantly keep at least 300 ADA items in stock for their customers, thus ensuring the fastest possible availability for customers.

For our customers, we have been offering ADA products since 2009, as a former distributor of Aqua Design Amano in Germany attended several seminars / workshops at Takashi Amano in Niigata / Japan, attended the IAPLC award ceremonies inter alia also visited Tokyo several times and was able to invite Takashi Amano to the Pet Fair 2012 in Hannover as part of the competition The Art of the Planted Aquarium for a live workshop of a nature aquarium and an exciting travel lecture... a certainly unforgettable experience and highlight the Master once to watch and meet!