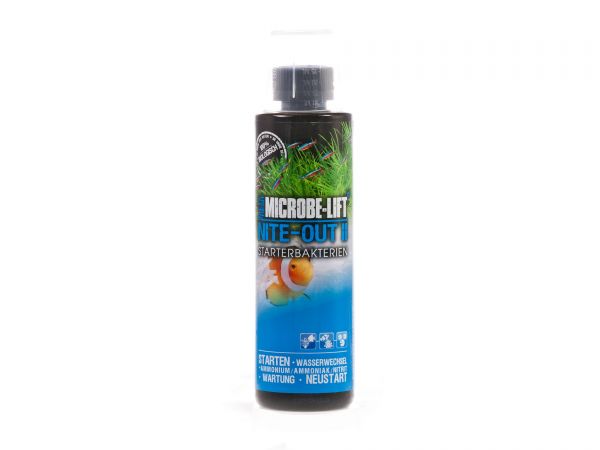 removes toxic ammonia and nitrite shortens the cycling time of your aquarium contains Nitrosomonas, Nitrospira and Nitrobacter sufficient for 1800 liters

The cultures used in Microbe-Lift Nite-Out II contain live nitrifying bacteria that eliminate the toxic effects of ammonia/nitrite in the aquarium. This reduces the time your aquarium needs to cycle to almost nil in a 100% biological way.

In combination with Microbe-Lift Special Blend, Nite-Out II constitutes a natural, safe and fast way to start your new aquarium.

Dosage in newly set-up tanks
Add 10 ml per 100 liters of aquarium water every day until the ammonium/ammonia and nitrite levels have reached an acceptable concentration. After that, please follow the maintenance schedule.

Maintenance schedule
Add once 10 ml per 100 liters of aquarium water after water change or bring new animals into the aquarium tank.

Recommended for the use in combination with all other products by Microbe Lift.